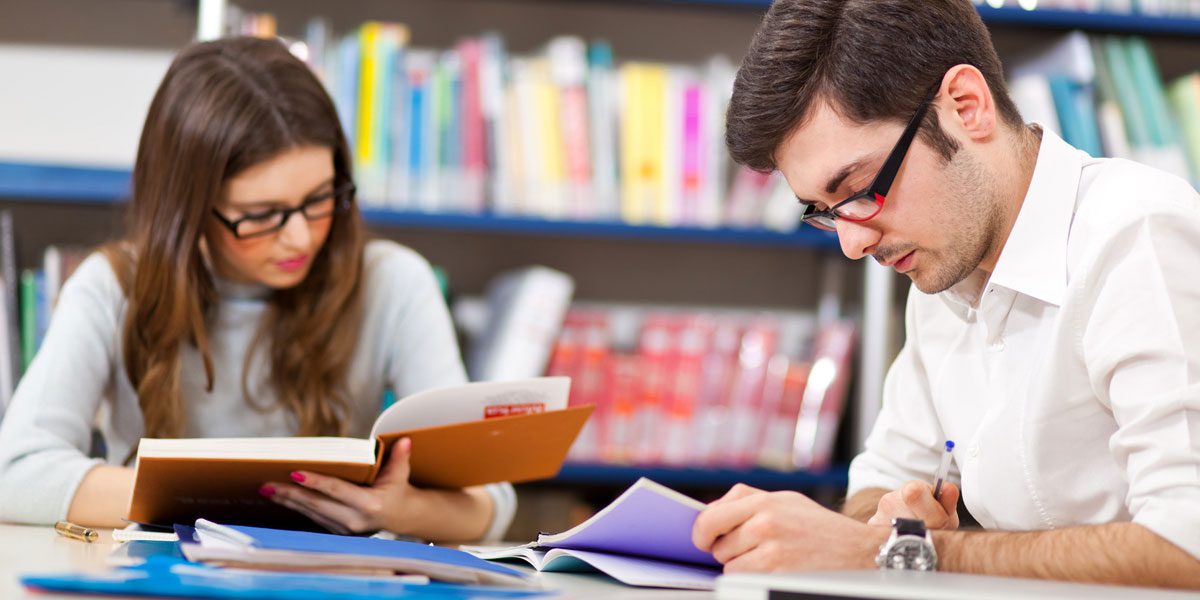 The International English Language Testing System IELTS is a standardized test of English language proficiency for non-native English language speakers recognized internationally. This test is devised by Cambridge University which produces ESOL examinations around the world( English for speakers of other languages). The IELTS is jointly managed by the IDP: IELTS Australia, British Council, and Cambridge University and was established in 1989. IELTS is one of the major English-language tests recognized world over by Institutes, Universities and employers, the others being the TOEFL, TOEIC, and PTE: Academic.

Another adaptation of the paper pencil test is UKVI IELTS which is approved by UK Visas and Immigration for visa customers applying both outside and inside the UK. The IELTS general module also meets the requirement for immigration to Australia and New Zealand, where TOEFL and Pearson Test of English Academic (PTE-A) are also accepted. In Canada, IELTS, TEF (French Language Proficiency Test) or CELPIP (Canadian English Language Proficiency Index Program) are accepted by the immigration authority. IELTS is a test which is old, reliable and valid for two years. The result is declared in 13 days after the test date. A Test Report Form is posted to the candidates after their test.

IELTS Academic and General Training both incorporate the following features:

The General module of IELTS has 24 dates in a year while the Academic module has 48 dates in a year, generally being Saturdays and Thursdays. The speaking test can be conducted maximum of 7 days prior to the test or 7 days after the test. General module is for candidates seeking work, training, study at a secondary level or migrate to an English speaking country. The Academic module is for candidates aspiring to study or professional registration at a tertiary level in an English Speaking Country.

The four parts of the IELTS test

The test total time is: 2 hours and 45 minutes.

Listening, Reading and Writing component are completed on the registered test day in one sitting. The Speaking test may be taken on the same day or up to seven days before or after the written test.

The Listening and Speaking module are the same for General and Academic candidates while Reading and Writing differ. The Reading tasks assigned are easier in General Training while a little more difficult in Academic as student will need to study in a foreign land and their education pattern is different from ours so it indirectly prepares a candidate for further studies in English Language. The Writing module is marked on the same parameter, however, the topics are different since General Training candidates are mature in their approach towards the world and so their essay topics are related to real situations and observations of the society while a student will come across topics related to situations or problems as a student.

The module comprises four sections, with ten questions in each section. It takes 40 minutes: for 30 minutes the audio is played and one has to listen to the conversation and write answers in the question booklet, and at the end of the test the candidate gets 10 minutes to transfer the answers to an answer sheet

Section 2: Here the speaker is little faster in his speech. The tasks may constitute a map of a given area, for instance a library or a university, and the candidate has to go along with the speaker. There can be multiple choice questions as well.

Sections 3 and 4 are about educational and training situations which maybe interchangeably difficult. The third section generally comprises multiple choice questions and the fourth one is a lecture.

Section 4: It has one person speaking about an academic subject or some information in the form of a lecture by a university professor.

Each section commences with an introduction as well as time to read the questions which the candidate has to answer. At the end of each section, speaker gives 30 seconds to check the answer. In the fourth section, candidate gets 1 minute to read the questions as speaker only stops after question number 40 is answered. The questions are in the same sequence as the information in the audio, so the answer to the first question will be before the answer to the second question, and so on. The listening audio is played only once. At the end of the test, candidates are given 10 minutes to transfer their answers to an answer sheet.

Grammar and spellings are important in an IELTS Test and inaccuracy means losing 1 mark, which can affect your band score in any module, resulting in overall increase or decrease in the score.

Reading module comprises of 3 sections for Academic and 5 for General. Academic reading requires one to skim through around 2,150-2,750 words. The question types include any of the combinations between multiple choice, short-answer questions, identifying information, identifying writer’s views, labeling diagrams, completing a summary using words taken from the text and matching information/headings/features in the text/sentence endings etc. As grammar and spellings are important, the test taker needs to be careful when writing down the answers on the answer sheet as wrong spellings lead to loss of a mark resulting in a lower band score.

The reading texts in General Training come from everyday situations and topics like timetables or notices, job descriptions, training material etc. The last section is more like an academic style reading passage which is long and question types are similar too. It may be picked from newspaper, magazine or a book.

The speaking test may be held on the test day or 7 days prior or later to the registered test date. It is a face to face interview where candidate needs to be on the given time with his passport. The whole speaking test is recorded.

It takes place in three sections.

Every module gets a score on a band scale from 0-9 and then the average score is taken out. If the average score turns out to be 0.25 or 0.75 then the higher side is taken, which means it is rounded off to 0.5 or next whole band and an overall band score is calculated.

The nine bands are described as follows:

SAMPLE TESTS OF ALL 4 MODULES:

It is a computer-based exam which focuses on real-life English used in academic surroundings. This is to say that integrated language is used throughout the test and students will listen to a variety of accents and academic language which they will encounter at English-speaking higher education institutions.

The exam will include an unmarked voice recording of the candidate, which is part of advanced biometric data that should assist institutions in verifying the identity of candidates and should aid them with their admission decisions. The test will be a maximum of 3 hours long and takers can expect their results to be delivered to them, online, within 5 working days. The test is predominantly read by a computer rather than a human grader to reduce waiting times of the results for students.

Test scores are reported on the Global Scale of English, a standardized, numeric scale from 10 to 90 which can measure English language proficiency more precisely with reference to the widely known set of levels distinguished in the Common European Framework of Reference for Languages, or CEFR.

Test of English as a Foreign Language® (TOEFL ) is a standardized test to measure the English language ability of non-native speakers wishing to enroll in English-speaking universities. The test is accepted by many English-speaking academic and professional institutions. TOEFL is one of the two major English-language tests in the world, the other being the IELTS.

TOEFL is a trademark of the Educational Testing Service (ETS), a private non-profit organization, which designs and administers the tests. ETS issues official score reports, sent independently to institutions, for two years following the test.

Since its introduction in late 2005, the TOEFL Internet-based Test (iBT) format has progressively replaced the computer-based tests (CBT) and paper-based tests (PBT), although paper-based testing is still used in select areas. The TOEFL iBT test has been introduced in phases, with the United States, Canada, France, Germany, and Italy in 2005 and the rest of the world in 2006, with test centers added regularly. The CBT was discontinued in September 2006 and these scores are no longer valid.

Initially, the demand for test seats was higher than availability, and candidates had to wait for months. It is now possible to take the test within one to four weeks in most countries. The four-hour test consists of four sections, each measuring one of the basic language skills (while some tasks require integrating multiple skills), and all tasks focus on language used in an academic, higher-education environment. Note-taking is allowed during the TOEFL iBT test. The test cannot be taken more than once every 12 days.

The Reading section consists of questions on 3-4 passages, each approximately 700 words in length. The passages are on academic topics; they are the kind of material that might be found in an undergraduate university textbook. Passages require understanding of rhetorical functions such as cause-effect, compare-contrast and argumentation. Students answer questions about main ideas, details, inferences, essential information, sentence insertion, vocabulary, rhetorical purpose and overall ideas. New types of questions in the TOEFL iBT test require filling out tables or completing summaries. Prior knowledge of the subject under discussion is not necessary to come to the correct answer.

The Listening section consists of questions on 6-9 passages, each 3–5 minutes in length. These passages include two student conversations and four academic lectures or discussions. The conversations involve a student and either a professor or a campus service provider. The lectures are a self-contained portion of an academic lecture, which may involve student participation and does not assume specialized background knowledge in the subject area. Each conversation and lecture passage is heard only once. Test-takers may take notes while they listen and they may refer to their notes when they answer the questions. Each conversation is associated with five questions and each lecture with six. The questions are meant to measure the ability to understand main ideas, important details, implications, relationships between ideas, organization of information, speaker purpose and speaker attitude.

The Writing section measures a test taker’s ability to write in an academic setting and consists of two tasks: one integrated and one independent. In the integrated task, test-takers read a passage on an academic topic and then listen to a speaker discuss it. The test-taker then writes a summary about the important points in the listening passage and explains how these relate to the key points of the reading passage. In the independent task, the test-taker must write an essay that states their opinion or choice, and then explain it, rather than simply listing personal preferences or choices. Responses are sent to the ETS OSN and evaluated by at least 3 different raters.

One of the sections of the test will include extra, uncounted material. Educational Testing Service includes extra material to pilot test questions for future test forms. When test-takers are given a longer section, they should give equal effort to all of the questions because they do not know which question will count and which will be considered extra. For example, if there are four reading passages instead of three, then one of the passages will not be counted. Any of the four could be the uncounted one.